Forgiveness: What it Is—What it Isn’t 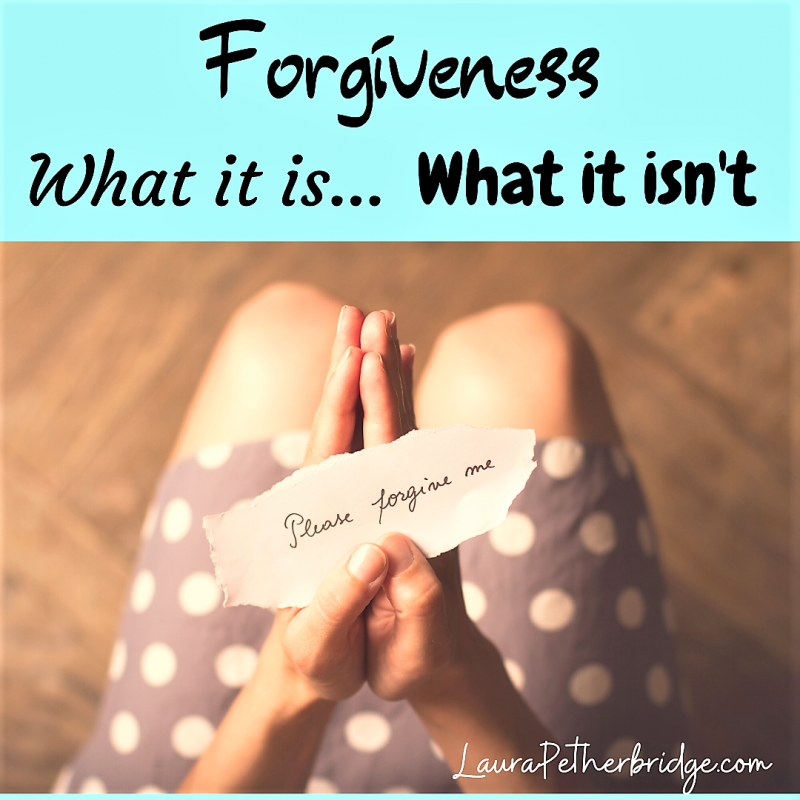 14 Dec Forgiveness: What it Is—What it Isn’t

Posted at 18:35h in General by Laura Petherbridge

Angela knew she need to forgive Leslie but she didn’t know how. After all, Leslie had betrayed their friendship by sharing conversations that were meant to stay private. It wasn’t the first time she caught Leslie gossiping. But Angela knew that if she didn’t get rid of her anger and forgive Leslie, the bitterness might consume her. She recently caught herself saying nasty things about Leslie to another friend. She was immediately convicted and never wanted to do that again.

Forgiving someone can be extremely hard to do. 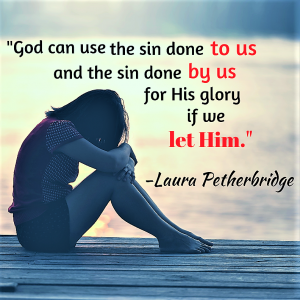 After more than 35 years in ministry I’ve encountered a vast number of people who are struggling with forgiveness.  They understand the importance of forgiveness, they know the why. However, few have been taught how. Even more significant is the reason why they harbor an endless cycle of bitterness and revenge.

Many posses an inaccurate, perverted or distorted view of forgiveness.

Much has been written to explain the benefits of forgiveness and what it is, but defining and embracing what forgiveness is NOT is most often the key to success.

Forgiveness is not a feeling.

If you are waiting for the feeling to forgive comes upon you, it’s unlikely to occur. 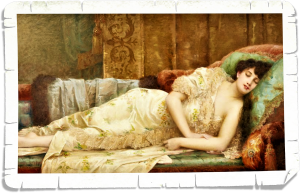 God knows that hanging on to revenge, anger, and rage can destroy us spiritually, emotionally and physically. Christ paid too much for his Beloved ones to have them a slave to anything, much less hatred. He wants his children free. And a person is never free when weighed down with the ball and chain of bitterness. When the cold shackles of revenge are tightly clasped around our wrists, it’s impossible to lift our hands in gratitude to him.

Therefore, the initial steps toward forgiveness are an act of obedience to God because we trust him and believe he has our best interest at heart.

Jesus wants me healed more than I do.

Forgiveness is not pretending you were not hurt.

Depicting a phony, plastic smile when you are emotionally dying inside is not forgiveness. 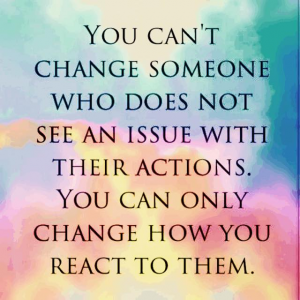 Someone has betrayed your trust, damaged your soul, pierced your self-worth, or caused a loss. You are justified in recognizing and feeling the hurt instigated by another person’s sinful or poor choices.

Forgiveness is not saying what the person did is okay.

Many people reject forgiveness because it feels as though the wrongdoer is getting away with the offense. Our human nature wants the person to suffer, as we have.

Forgiveness isn’t ignoring what the person did, or pretending they are wonderful.

Unfortunately, many churches teach that forgiving someone means immediately letting them back into your safe space. This is particularly true if it’s a spouse no matter how heinous their sin.

It is possible to learn how to acknowledge the wound, and identify the person who caused it, without letting the offense cause anxiety, and embed bitterness.

Forgiveness is not trusting the person.

Much of the distorted teaching on forgiveness typically and destructively falls under this category.

Forgiveness does not mean you immediately allow the offending person back into your life, your heart, your home, or your bedroom. If reconciliation or restoration is the goal, it is crucial for the offender to establish trust. This takes time. The depth of the offense often dictates what needs to be done.

Trust is not an automatic right of the offender. If a person is remorseful, 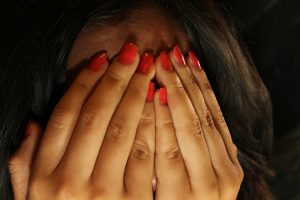 and willing to do the hard work necessary to restore the relationship, trust can eventually be authenticated.

A contrite person doesn’t make demands, manipulate Bible verses, or blame others. They respectfully accept complete responsibility for the sin or poor choices and willingly accepts the consequences. (See: Psalm 51)

Blaming others for the pain he/she caused is a significant indication that the remorse is a masquerade.

Some people shouldn’t be trusted. There are those in my life that I have forgiven but I do not trust them. I don’t let them into my heart, or life, because they have chosen to remain in destructive patterns.

Forgiveness is not relieving the person of responsibility.

A person shouldn’t be “off the hook” from his or her responsibilities because of forgiveness.

For example, a wife is forgiven for the financial ruin her spending has caused, but she is still responsible for paying the debt. A former husband is forgiven for destroying his marriage, but that doesn’t release him from paying child support. A friend is forgiven for stealing, but a police report should still be filed.

Forgiveness doesn’t eradicate responsibility. It’s not unloving to hold someone accountable. It’s often the most compassionate thing to do. Without a consequence, they may never feel the pain of their actions. An embarrassing and anguished aftermath is usually what leads to repentance.

Forgiveness frequently is not a one time event. 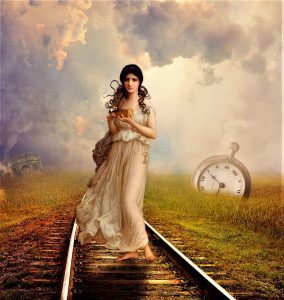 This goes double when it’s a family member or spouse. Those who are closest to us may hurt us repeatedly, requiring us to learn how to forgive multiple times.

That doesn’t mean we don’t hold them accountable each time. It’s common for a person to have a weak area that keeps them repeating destructive choices. It means accepting that this isn’t a safe person, I need to guard my heart when I’m around them, and I need to assume they will hurt me again until they get help. Keeping my distance is best unless God has given the OK for me to remove this family member from my life.

There are times when God says to walk away, even if it’s a family member who makes poor choices. This is true if it’s putting you or your family in physical, emotional, or spiritual danger.

This should be done with love and calmness. And a firm boundary that the person will likely resist and accuse YOU of being the bad person.

When you know God is pressing you the best way to step toward forgiveness is to admit that you need to forgive. Be honest with the Lord, no matter how angry you are. Ask him to reveal any distorted or unhealthy thinking you may have about forgiveness.

God is more than willing to teach you how to surrender every hurt and rejection to him so that it produces wholeness.

He knew I needed to do it in order to walk, live or serve without the chains of resentment attached to my ankles.

God wanted me to dance again, not merely exist.

So I asked Him to teach me how to forgive such a deep wound. And He did.

It wasn’t a one-time decision, I had to choose to keep doing it with His guidance and whisper. But it started with just one time.

Then I learned how to do it for a lifetime as more and more people hurt me. 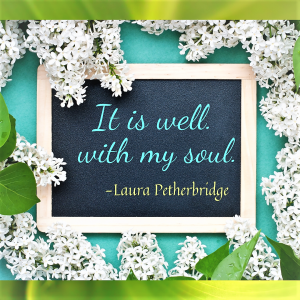 is, and what it is not. It can set you free from the chains of another person’s betrayal, or the poor choice you made in a moment of weakness.

Let it Go! Stop resentment, vengeance and another person’s painful choice own you.

And if you are a stepmom we will be discussing this very issue on Sept 12th in a zoom class. Join me. www.TheSmartStepmom.com/events 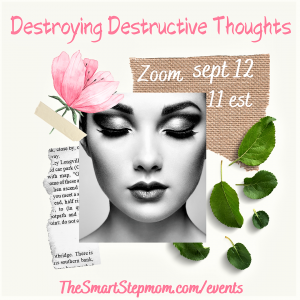 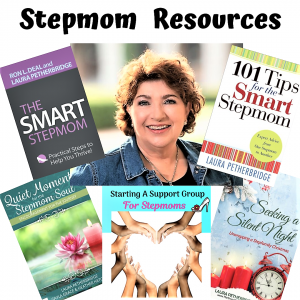 Laura Petherbridge Laura Petherbridge is an international author and speaker who serves couples and single adults with topics on spiritual growth, divorce prevention, divorce recovery and stepfamilies. Her books include: When “I Do” Becomes “I Don’t”—Practical Steps for Healing During Separation and Divorce, The Smart Stepmom coauthored with Ron Deal, 101 Tips for the Smart Stepmom, and Quiet Moments for the Stepmom Soul. She is a featured expert on the DivorceCare DVD series implemented by more than 14,000 churches worldwide.